The representative from the leader organiser of StartUp Europe Awards 2016 (SEUA16), Juan Manuel Revuelta in representation of the Foundation Finnova, presented yesterday this European initiative within the framework of the StartUp Europe Summit. This action, which has been initiated under the umbrella of StartUp Europe, and which counts on the support of the European Commission, aims at gathering all the startups awards organisers in the StartUp Europe Awards Alliance, which aims at being a forum for the interchange of best practices and networking for entrepreneurs.  StartUp Europe Awards has also a second goal: to reward the startups based in Europe, Latin America, USA, Asia and Israel and United Arab Emirates, working in cities, creative industries, energy, green, ICTs, social innovation, tourism and water, at five levels (local, provincial, regional, national and European).

This initiative has caught the attention of Commissioner for Research, Science and Innovation, Carlos Moedas, who has visited the stand of StartUp Europe to learn more about the SEUA16. 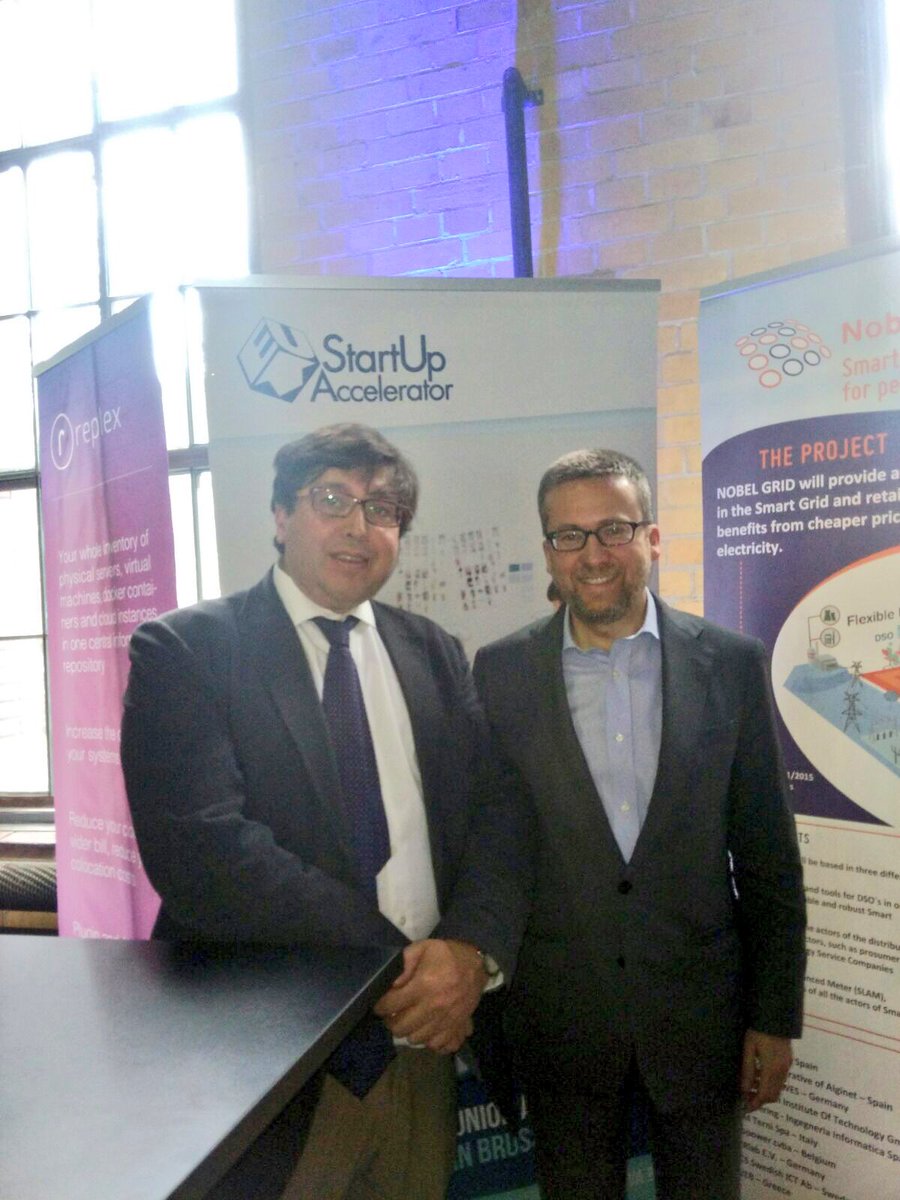 On the left Juan Manuel Revuelta, General Director for Finnova, and on the right, Commissioner for Research, Science and Innovation, Carlos Moedas.

The potential of this action has impressed the President of the Committee of the Regions, Markku Markkula, who paid us a visit in the stand of the StartUp Europe, where Revuelta was presenting the SEUA16. 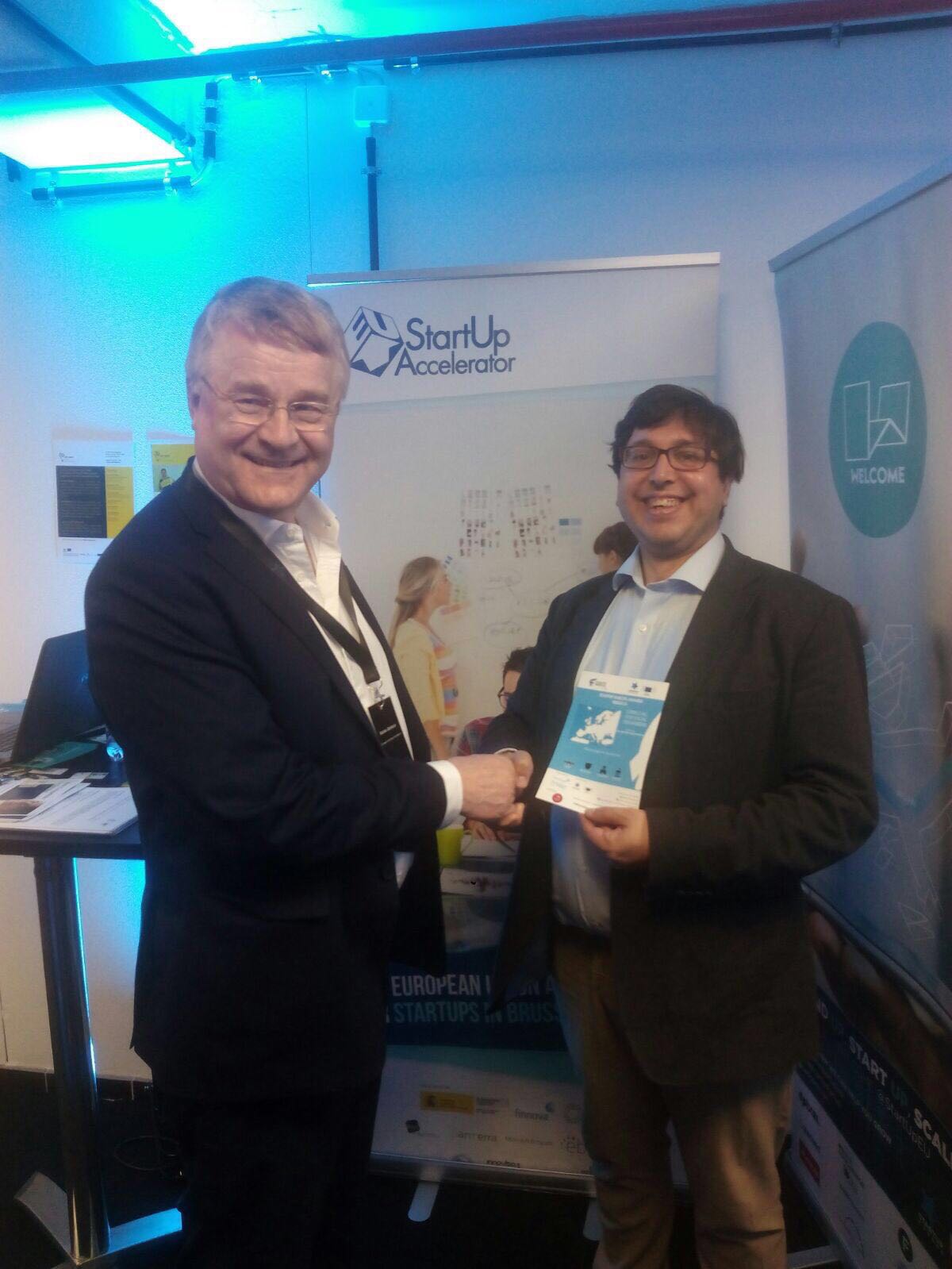 During his visit to the StartUp Europe Awards information point in the StartUp Europe Summit, Markkula recognised being impressed with this initiative that tries to foster and contribute to the entrepreneurship in the European Union. He also recognised the potential of the SEUA in his twitter account by highlighting the strong potential of the SEUA16. 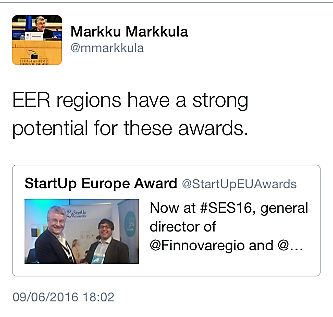 Revuelta also took the opportunity to present the project Nobel Grid in the stand of StartUp Europe, which will provide advanced tools and ICT services to all actors in the Smart Grid and retail electricity market in order to ensure benefits from cheaper prices, more secure and stable grids and clean electricity.  All this happened in the StartUp Europe Summit, an annual Summit in which start-ups from all over Europe, policymakers, investors and companies from the sector of industry participate. It is therefore an event for networking in which the entrepreneurs have also the possibility of attending the StartUp Council of Policy Makers, which dealt on how to increase the interaction between policymakers and entrepreneurs.